Every hunter has their own reason for their participation in the sport.

For some, it is an escape from urban society. A chance to get away from the crowds, noise and pollution of city life, and to commune with nature.

Some people hunt for spiritual reasons…to find inner peace through spending their time in nature, not only observing it, but by participating in it. 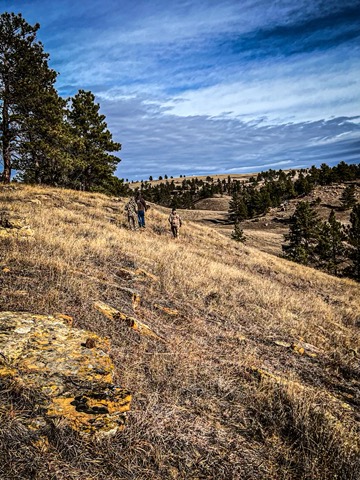 Some hunt to better understand the world around them and to remind themselves of the natural order of things. Afterall, life is made up of predators and prey…and we humans like to think of ourselves as the top of the food chain.

Some hunt to support conservation efforts, such as wildlife population management…helping to prevent the spread of disease and weak genetic lines in the herd.

Some hunt simply to feed their families, and provide them with natural proteins that haven't been overly processed in some food factory somewhere.

While these are all good reasons, they certainly do not encompass all of the reasons that people hunt.

One of the most common answers given by hunters on why they hunt, and how they got started is simply this: It’s a family tradition.

Our family has four generations of hunters. For us, it has become a family tradition. You could even say it is a right of passage. It is the opportunity for generations to spend time together, to get to know one another through shared experiences. To bond.

My dad got me started in hunting at the age of 6, and I’ve been blessed with the opportunity to hunt all kinds of big game, all over the world.

So when my friend, Eric Nelson of Guide and Gun recently invited us to hunt buffalo on their land in the southern edge of the Black Hills in western SD, I couldn’t pass it up.

On Saturday, November 5th, 2022, we set out on what would be my oldest son’s (Pete 6) first buffalo hunt. The skies were clear and the temps were in the 20s, with winds hovering around 25mph. It was brisk to say the least, but having hunted here several times myself, I had a pretty good idea of what to expect. As such, we came prepared for a long day of sunshine, but cold and windy conditions. Sitka Gear’s Jetstream jacket and mountain pants (link below) the mid 20 deg wind off of us and the Subalpine camo let us work our way across the scenic and rugged terrain. We located our herd off in the distance in about an hour, and set off to close the gap between us and our quarry.

Over the course of the next 3 hours, we covered about 8 miles of rocky (shale) ravines and ankle high prairie grass, with the occasional cacti or sporadic tree dotting the landscape. The Crispi Thor II GTX boots provided plenty of comfort and support as we maneuvered into position for the shot.

Pete 6, already experienced with hunting mule deer, hogs, white tail deer and javelina for the past few years, moved patiently and methodically into his final shooting position. He would be taking the shot with the Bighorn Armory Model 89 Lever rifle, loaded with my experimental/test load of the Defiant Munitions TCX 500 S&W 385gr load. 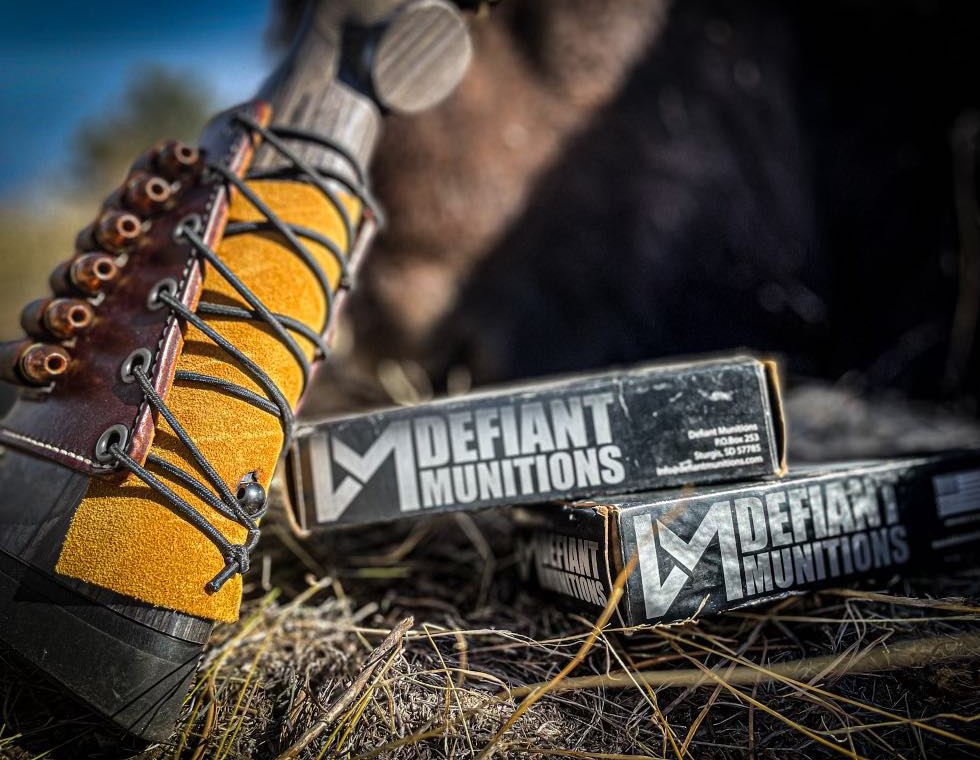 Buffalo are majestic and dangerous creatures…just ask any of the several folks gored by them at Yellowstone National Park, this past summer. These people were drawn in by the awe-inspiring beauty of the massive bison, and perhaps their own misjudgment and misunderstanding of how truly dangerous wildlife can be.

But that is a big part of what draws us to the fields, mountains, woodlands and prairies...the duality of nature. It can be beautiful, but dangerous. Capable of inspiring both calm wonder, and sheer panic. One should always respect how quickly prey can become predator, and predator can become prey.

Pete 6 wanted to ensure a humane kill, by getting close enough to guarantee a clear and clean shot. All the while, respecting the potential dangers presented by the speed and strength of the herd, by not getting too close.

Once in position, he took aim and pressed the trigger…hitting the buffalo he had targeted in its shoulder, and dropping it where it stood. In the blink of an eye, it was done. The range and placement of the shot combined with the ballistic performance of the 385gr TCX experimental load, ensured there would be no need to follow a blood trail, track the prey any further, or even carry out a follow-up shot. One shot, one kill…instantly. You can’t really expect better than that. 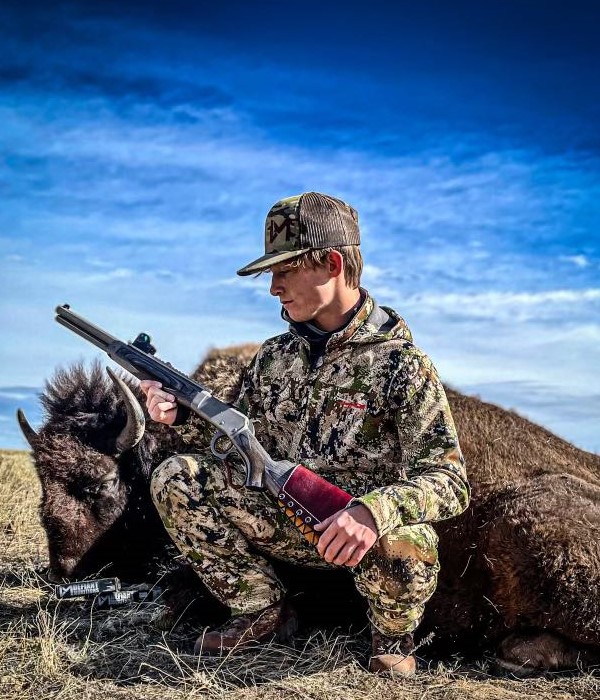 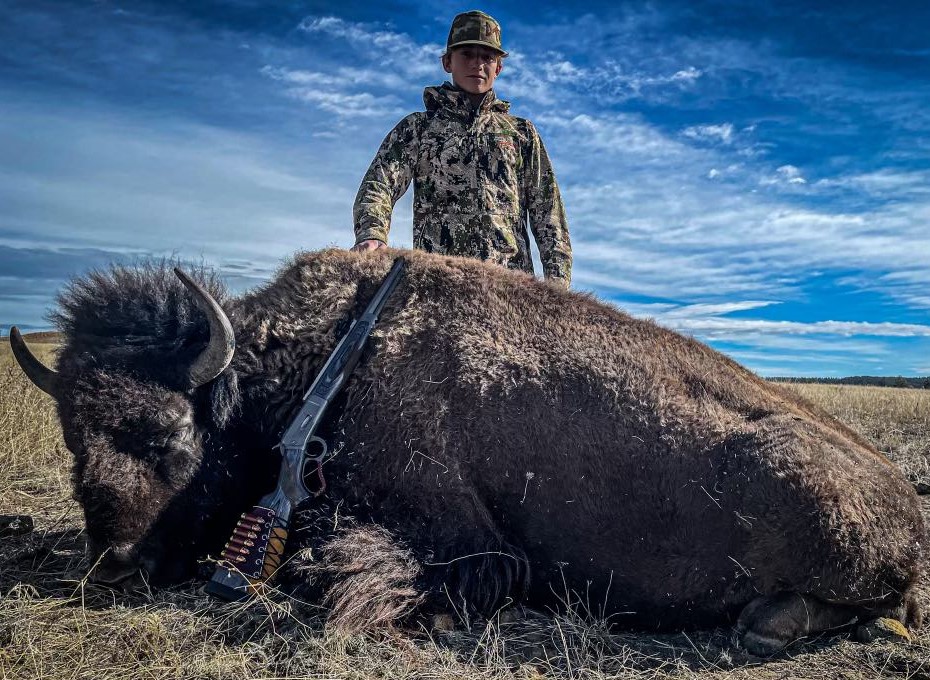